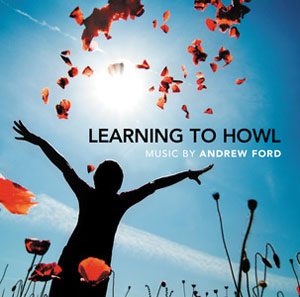 Learning to Howl was commissioned in 2000 with funds from the Music Board of the Australia Council and composed, specifically for the soprano Jane Edwards, the following year.

Having produced so much music for male voices, particularly for the tenor Gerald English, I felt that my first piece in 15 years for a female voice needed texts by women. The key to the piece was reading a splendid short novel by the American author Lorrie Moore, Who Will Run the Frog Hospital? (1994). Near the opening, the narrator describes how, as a child, she ‘wanted to make chords’ with her voice ‘to splinter her voice into harmonies’, how she ‘wanted to howl and fly and break apart’. Reading these words I knew I had the beginning of the piece and the rest followed, since the image of the child suggested a journey into adulthood and old age – a Frauenliebe und -leben for our times, if that isn’t too presumptuous. Nearly all the other words are by women and they include the ancient Greek poet Sappho (in several fragments dotted throughout the piece), Emily Dickinson, Christina Rossetti, an anonymous woman from the collection of Finnish folk poetry known as the Kanteletar, Queen Elizabeth I, Emily Brontë, Ann Timoney Jenkin and Elizabeth Smart. There are also words by two men, the 8th-century Chinese writer Wang Wei and the pianist, composer and sometime poet, Ian Munro.

Learning to Howl was first performed by Belinda Montgomery (deputising at short notice for an indisposed Jane Edwards), Margery Smith, Marshall McGuire and Daryl Pratt at the Eugene Goossens Hall in Sydney in March 2003.

When I was a child, I tried hard for a time to split my voice. I wanted to make chords, to splinter my throat into harmonies—floreted as a field, which is how I saw it. It seemed like something one should be able to do. With concentration and a muscular push of air, I felt, I might be able to people myself, unleash the crowd in my voice box, give birth, set free all the moods and nuances, all the lovely and mystical inhabitants of my mind’s speech. Afternoons, by myself, I would go beyond the garden and the currant bushes, past the lavender-crowned chives and slender asparagus, past the sunflowers knocked bent by deer or an unseasonal frost, past the gully grass to the meadow far behind our house. . . I would look out upon the wildflowers, the mulch of swamp and leaves, the spring moss greening on the rocks, or the boulderous mountains of street-black snow, whatever season it happened to be—my mittens clotted with ice, or my hands grimy with marsh mud—and from the back of my larynx I’d send part of my voice out toward the horizon and part of it straight up toward the sky. There must have been pain in me. I wanted to howl and fly and break apart.
Lorrie Moore

My friends, my dearest friends,
today, to delight you all, I shall sing in a clear voice
Sappho

How dreary – to be – Somebody!
How public – like a Frog –
To tell one’s name – the livelong June –
To an admiring Bog!

I do not expect to touch the sky

If my lover came now,
If my darling walked by,
I’d hear him in his footsteps,
I’d know him by his walking,
If he were a mile away,
or even two miles.
Like mist, I’d go to meet him;
Like smoke, I’d fill the yard;
Like sparks, I’d speed to see him;
Like flames, I’d fly to greet him:
I’d circle around him
And pout in his face.

But my lover’s lips and mouth are
not bloody from a wolf;
My lover’s hand is not slimy from a snake;
My lover’s neck is not in death’s grip:

His mouth is like warm butter,
His lips taste of sweet honey,
His hands and arms are golden,
His neck a noble heather stalk.

. . . take up your harp.
Sing of the bride in the violet dress
Sappho

Up the sharp elbowing path
your angled glance

Past fields of obedient dogs
your tender hand

Through an empty tourist hut
your passing grief

Down the tussocky dry creek bed
your absence

The shishi odoshi
you look back, startled

I passed through
I didn’t stay

I grieve and dare not show my discontent,
I love and yet am forced to seem to hate,
I do, yet dare not say I ever meant,
I seem stark mute but inwardly do prate.
I am and not, I freeze and yet am burned,
Since from myself another self I turned.

My care is like a shadow in the sun,
Follows me flying, flies when I pursue it,
Stands and lies by me, doth what I have done.
His too familiar care doth make me rue it.
No means I find to rid him from my breast,
Till by the end of things it be suppressed.

Some gentler passion slide into my mind,
For I am soft and made of melting snow;
Or be more cruel, love, and be so kind.
Let me or float or sink, be high or low.
Or let me live with some more sweet content,
Or die and so forget what love ere meant.

Riches I hold in light esteem,
And Love I laugh to scorn;
And lust of Fame was but a dream
That vanished with the morn –

And if I pray, the only prayer
That moves my lips for me
Is – ‘Leave the heart that now I bear,
And give me liberty.’

Yes, as my swift days near their goal,
‘Tis all that I implore –
Through life and death, a chainless soul,
With courage to endure!

Once I saw a small girl picking flowers.
Sappho

The Punch and Judy man just bowed,
His answer always was the same:
There are no pockets in a shroud.

When all the children laughed out loud
Or booed or hissed the villain’s game
The Punch and Judy man just bowed.

A thought-fox creeps in with the crowd.
Small change is all there is to claim:
There are no pockets in a shroud.

As children know who disavowed
And see exactly who’s to blame
The Punch and Judy man just bowed.

It is enough. I’ve been allowed
To sniff the wind and feel the rain:
There are no pockets in a shroud.

So children come and laugh out loud
And see right through the villain’s game.
The Punch and Judy man just bowed,
There are no pockets in a shroud.

Fireflies pass across jewelled windows
Voices have ceased in the golden palace
One stays up through the autumn night, gauze-curtained,
And a solitary light gleams on.

Autumn’s weeds thrive in the palace yard
His majesty pays no gracious visit now
How unbearable the imperial music
When the golden carriage drives on past that gate.

Strange, the ladies’ apartments are all shut—
They have left the court, no one to be met with
They have all gone to their spring garden
Sounds of laughter and talk among the flowers.

May you sleep on the breast of your tender companion
Sappho

This old woman
Waddles towards love,
Becomes human,
But the muse does not approve.

This going flesh
Is loved and is forgiven
By the generous
But houses a daemon.

Though passion is not gone,
Merely contracted
Into a last-ditch weapon,
A word not dead,

A mine unexploded,
And not safe
To have near the playground
Of innocent life.

Could shatter the calm
And scald the soul
And love fall like napalm
Over the school.

Ford's tender touch is evident in both his choice of texts and his uncluttered scoring - never a note too many . . . Ford's perspicacious selection of poetry is matched by his ingrained respect for the natural rhythms of the English language.

Learning to Howl is rightly on the A-List of Australian music. . . The poems that make up the song cycle vary from Sappho through the work of Queen Elizabeth I to Ann Timoney Jenkin and Elizabeth Smart. With his flair and careful choices, Ford created a series of imaginative atmospheres for soprano, saxophone, clarinets, harp and percussion.

The title [Learning to Howl] comes from a passage in the novel Who Will Run the Frog Hospital? by American author Lorrie Moore, in which the narrator describes how as a child she "wanted to make chords" with her voice, how she "wanted to howl". Starting with this image, Ford builds a picture of a life journey from childhood to old age. The rest of the lyrics are taken from disparate sources, including a Finnish folk song, an Emily Dickinson lyric, and a Christina Rossetti love poem. Such variety of textual material risks making the cycle disjointed, but the recurrence of fragments from Sappho provides a loose structure. The music is quite typical of Ford's compositional style, which tends to look forward and back at the same time.